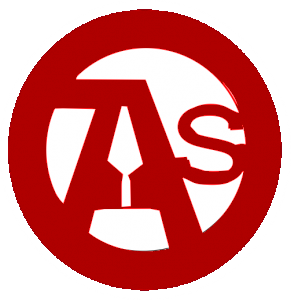 The Canada Century Site: A Lamoka Component Located on the Niagara Peninsula, Ontario
Volume:  OA51
Year:  1990
Author:  LENNOX, P. A.
Page Range:  17 – 29
Abstract:  Plough-disturbed archaic lithic scatters, until recently ignored as potential sources of knowledge, or simply stripped away in the search for subsoil features, have received much attention in the past decade, particularly from contract archaeologists. Recently, some researchers have studied the effects of ploughing on cultural deposits and sought to design excavation strategies to recover what the plough has disturbed. Different archaeologists have used various approaches and have contributed to our growing knowledge of the information potential of such sites. This paper reports the results of excavations at the Canada Century site, a plough-disturbed lithic scatter on the Niagara Peninsula. The occupation is attributed to the ca. 2000-3000 B.C. Lamoka phase. Analysis of a sizeable assemblage of debitage and cores yielded conflicting interpretations. Current research on Lake Erie water levels suggests that a large Inland lake influenced accessibility to the nearest source of the raw material. The small assemblage of tools is dominated by pièces esquillées or wedges and a sequence of bifaces and points suggesting that hunting was an important activity here. In addition to providing an example of a small Lamoka Phase occupation, the Canada Century site reproduces an interesting pattern of ploughzone artifact recoveries, which is nearly identical to that found at another late archaic component, Innes, excavated in the same fashion. This pattern is interpreted as evidence for the presence and configuration of a structure and these considerations of artifact density and distribution are also examined here.

The Early Map `Novvelle France’; A Linguistic Analysis
Volume:  OA51
Year:  1990
Author:  STECKLEY, J.
Page Range:  31 – 52
Abstract:  A map entitled ‘Novvelle France” has recently come to light. It is the oldest surviving map that attempts to depict all five of the Great Lakes and to represent the location of a significant number of the Great Lakes tribes prior to the dispersals of the late 1640s and the 1650s. Most of the words on the map are Huron. In this article the Huron writing is analyzed with several goals in mind. First the date of 1641 for the map proposed by Conrad Heidenreich is supported with respect to the dialect of Huron used. Second, the competence of the mapmaker in the Huron language is assessed as a clue to his identity. Third, statements are made concerning the identity of the tribes referred to and the meaning of the non-tribal names. Finally, an analysis is made of Huron tribal naming practices.